After all, this is a history that we all stand a good chance of contributing to. JavaScript is currently disabled, this site works much better if you enable JavaScript in your browser.

Publishing With Us. Book Authors Journal Authors. Buy eBook. Buy Hardcover. Buy Softcover. FAQ Policy. About this book Eleven essays by historians and sociologists examine cancer research and treatment as everyday practice in post-war Europe and North America. This volume is, at long last, a contribution to the historiography that manages to liberate individuals from the generic category of 'the patient' and relieve them of service to histories created by others.

After all, this is a history that we all stand a good chance of contributing to. Zuiderent-Jerak , R. Pickstone Index. Du kanske gillar. Is Inheritance Legitimate? Guido Erreygers, Toon Vandevelde Inbunden. Permanent Record Edward Snowden Inbunden. Lifespan David Sinclair Inbunden. Inbunden Engelska, In the five decades after the Second World War, health systems in Europe and North America gradually adjusted their approaches to the challenges of long-term disease.

Two questions remain, however: to what extent did the developments in diabetes draw from, and feed into, broader changes in relation to chronic disease? And how far can diabetes stand analytically as a model chronic condition for historians? In Britain, the innovations in chronic disease care discussed in the present work initially cut across decades of national and local policy, with institutions at every level of the health services having sought to marginalise patients with long-term complaints since at least the late nineteenth century.

Once there, patients were to provide cases for clinical and scientific research, and to receive technologically oriented diagnostic and therapeutic interventions until either cured, stabilised, or dead. Different countries developed different approaches to the care of such individuals.

However, in the absence of efficacious or active treatment, institutionalisation was a common fate of long-term patients, who might spend days, months, or even years between institutional walls. As argued in the first three chapters, it was in relation to the quotidian management of individual conditions that local systems made their first adjustments to previous policies. Certainly, some early care structures for longer-term problems fitted neatly within earlier organisational paradigms. For instance, treatments for cancer required specialist technologies and careful institutional management that were emerging from new relations between laboratories, hospitals, medical schools, universities, national funding councils, and industry.

As outlined within Chapters 2 and 3 , however, healthcare teams treating many long-term conditions also devised ways of working that differed from traditional, acute disease-oriented approaches. Building on a series of technical and pharmacological innovations, after the s clinicians and researchers devised long-term management programmes for a host of incurable conditions, from diabetes and hypertension to asthma, anaemia, and rheumatoid arthritis.

Such migration was not solely dependent upon pharmaceutical innovation.

Moves away from the hospital were also facilitated by experimentation with instruments of monitoring and with systems of organisation that integrated new spaces and combinations of labour. It was through designing such programmes that more cohesive concepts of chronic disease emerged, providing a useful foundation for organising medical practice. Early innovations did not distinguish between whether a condition was considered to be communicable or not, or to be even a pathology at all.

Insulin, for instance, provided a model of research and treatment for the use of methonium compounds in hypertension, and recommendations for primary care asthma clinics used equivalents in diabetes and hypertension as comparators. As George Weisz has made clear, the meta-concept of chronic disease had less centrality in Britain than elsewhere in terms of national policy. The GP contract sought to prevent and better manage chronic disease in the practice surgery, bringing together developments in the primary care management of diabetes and other conditions within a single measure. 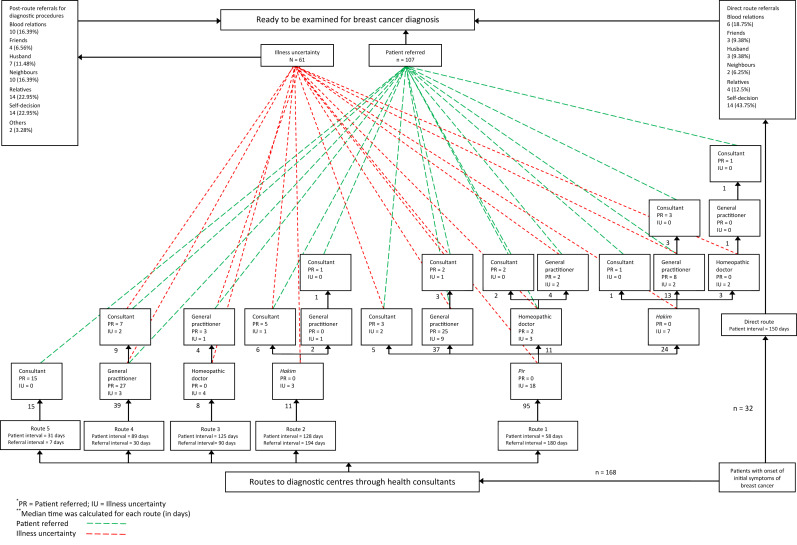 Likewise, The Health of the Nation built upon decades of government-supported health education, emerging first in relation to smoking and lung cancer during the s and s and then spreading to other risk factors for multiple conditions, such as alcohol consumption and obesity. Shifts in diabetes management, therefore, formed part of a broader change in approach to chronic diseases, and often served as an exemplar in some respects.

With regard to professionals, one subject that a growing historical literature on chronic disease has not discussed is the relationship between long-term disease management and managerial approaches to medicine. The present work has taken up this challenge, tracing the emergence of new forms of managed care in relation to both disease profiles and broader patterns of political, professional, cultural, and technological change. In agreement with May, it has suggested that increasing consultations for chronic diseases were an important motivator for service innovation.

Even in such a situation, as Armstrong notes, the shape of disease management programmes was not inevitable.

Rather than chronic illnesses generating new forms of working, that is, practitioners actively forged routines of disease management. They developed instruments that regulated, monitored, and integrated — in short, that managed — patient and practitioner from within a pre-existing culture of bureaucratised care, propelled by and fostering anxieties over clinical standards. In fact, it was by combining new therapeutics and ways of working that many conditions were made chronic, and similarities between diverse patterns of symptoms were constructed.

The roots of these developments can be traced throughout and in some cases, before the post-war period. Nonetheless, they came to a head during the s and early s, with Conservative governments — guided by neoliberal principles of statecraft — supporting the development of national instruments and policies of professional management. As the chronic condition with perhaps the longest history of quantification and bureaucratisation, diabetes provided a perfect testing ground for new managerial solutions, and was incorporated into early efforts to introduce performance-related pay and establish national standards of care.


Yet, despite the importance of a motivated central government in establishing managerial structures for medicine, medical professionals themselves drove the creation of managed medicine, using chronic diseases like diabetes as vehicles for such work. They developed the first systems of structured local care, introducing mechanisms for regulating and reviewing the temporality and content of clinical activity in order to integrate dispersed labour.

Amid professional and popular anxiety about the quality of British medical practice, elite specialists and GPs also developed the first national guideline and audit systems, designed to inform local care and structure national provision. In doing so, these practitioners incorporated previously academic tools for research and healthcare assessment into routine care. Moreover, acting through statutory bodies associated with the NHS and the standard-setting bodies of the Royal Colleges, leading professionals also worked in concert with government agencies to devise policies and populate committees refining managerial mechanisms.

Indeed, through well-connected patient organisations like the BDA, these specialists lobbied for diabetes to be at the forefront of new developments, and enrolled international organisations to enhance the power and legitimacy of managerial programmes. The importance of professional activity to the development and character of managed medical care in Britain can be seen in a short comparison with developments internationally.

Drives for protocol production and audit of care have been characteristic of modern medicine at least since the last quarter of the twentieth century, though with precursors in the nineteenth and early twentieth centuries. In the USA, for instance, multiple groups contributed to concerns about costs of healthcare in general, and chronic disease in particular. Hospitals, organised medicine, politicians, and federal and state government bodies were not the only actors in US health policy. Post-war policy debates received considerable interest from lawyers, academics, pharmaceutical companies, insurance agencies, philanthropic and non-profit organisations, and consumer representatives.

Whereas US physicians had been able to shape medical institutions to their needs during the first half of the twentieth century, their influence soon became contested. However, whereas Britain nationalised hospitals and contracted GPs en masse , public financing of health services in the USA focused on reimbursement and subsidy and became filtered through intermediaries. The result was an intensification of market-based provision and new forms of regulation.

They offered increasingly bureaucratic employment for doctors, and placed greater emphasis on the standardisation of practice than in Britain, primarily to facilitate payment and enhance cost-control. In the absence of Britain's comparatively centralised medical and political institutions, therefore, US doctors were less able to negotiate institutional and cultural pressures, and their activity became managed by themselves and others through new forms of payment, regulation, and review.

What, then, does the emergence of professional management in post-war Britain say about the changing nature of professionalism? And what do more recent developments indicate about the shifting relationship between professionals and the state? As the foregoing history of diabetes management shows, medical professionals in Britain were rarely united in the post-war period, and new forms of activity embodied in chronic disease care and professional management were contested. Like those in the USA, British academic clinicians and health service researchers, although often involved with teaching hospitals, assumed new managerial roles over medical practice when creating guidelines and audit systems for local and national implementation.

They queried the strength and validity of evidence on which many protocols were based, and wondered how abstracted knowledge could be applied to the individual patient. Numerous practitioners avoided participating in shared diabetes care schemes, whilst others only half-heartedly engaged. The professional division that could have posed the most serious problems for the emergence of new approaches was one that had been intimately linked to the development of medical hierarchies in the nineteenth and early twentieth centuries: that between GP and consultant.

This divide had been historically fuzzy. However, it was hardening in major cities by the s, and GPs had registered complaints about the role of outpatient clinics in undermining their patient base.

For their part, specialists remained wary of GPs, and some complained about their lack of medical competence. Yet chronic disease care and related forms of professional management provided areas of shared concern for clinicians and GPs at multiple levels of the profession. As noted in Chapters 1 and 2, extending diabetes management into primary care interested both GPs and hospital clinicians but for different reasons: GPs sought to diversify their clinical practice and move into preventive work, whereas hospital clinicians saw an opportunity to ease their workload and refocus on the most complex cases.

Nonetheless, novel schemes provoked concerns about standards of care. New records, protocol, and audit measures were first introduced as means to facilitate care across sites and practitioners, as well as to ensure that key processes were not missed. New technologies thus facilitated new ways of working by smoothing mistrust and co-ordinating activity. Yet several prominent schemes were designed through GP—consultant co-operation, indicating a mutual interest from both sides of the professional divide. Likewise, at the collective level, GPs had formed the College of General Practitioners later the RCGP during the s to provide a vehicle for raising standards through organising research and improving education.

The College and its leading figures were keen proponents of structured general practice and shared care schemes, and received support from significant specialists in the field.